You can’t have my body, but I’ll loan you my brain. 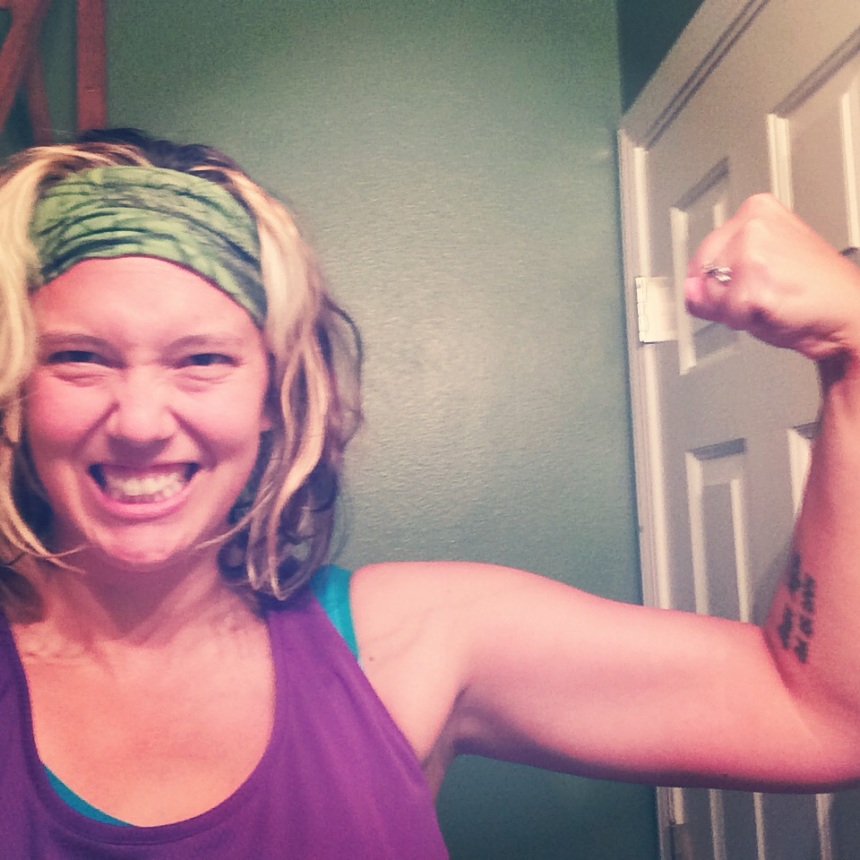 The last two months have felt like I am slowly getting my life back after a debilitating knee injury over two years ago. Thanks to some viscosupplement injections I have started to regain movement and function in a knee riddled with scar tissue and inflammation. I have biked, I have hiked, I have even rekindled a small romance with running. I have shed gigantic, emphatic tears over the joy of not being in pain every day when I wake up. Life is good. Except this one thing.

A few weeks ago as I rode my bike I waited at a stop light for my turn to proceed and a truck full of young adult men pulled up adjacent to me. Their windows were down to take in the beautiful early Spring weather, and I could hear them as they talked about me. They talked about my body, and the way that it looked. They criticized my biking leggings and the undeniable mid-torso bulge that two years of surgery and recovery will foster. Then they yelled out the window “Nobody wants to see that!” as they drove off in a flash of spinning tires and my spiraling stomach.

I shook it off. A couple of jerks in a truck. I was riding my bike again! Nobody could touch me.

Until it happened again. Down at the park this time. A young guy, possibly a teen, on a skateboard who catcalled me and chased after me to amuse his onlooking friends. I was their joke.

I returned home completely puzzled, and completely discouraged. When had my body become collective property for anyone to comment on? When had the way I looked in leggings mattered to anyone except myself? But then I remembered that this wasn’t a new occurrence to me. This is something I dealt with for years as an athlete, I had just forgotten because I’ve been in my bedroom binge watching Netflix for a very long time.

I was taken out of the game for awhile, and I was gullible enough to believe that the atmosphere had improved.

I once completed a triathlon. Sure, it was just a sprint, and sure I was really slow- but I finished a FREAKIN’ triathlon! Can you celebrate with me for a minute? Because I trained, I got kicked in the face in the water, I had to learn how to fix the chain on my bike, I was celebrated by strangers and in turn I celebrated them, and I finished a triathlon. That night, while out celebrating, a stranger asked me why I was so happy.

“I finished my first triathlon today,” I told him beaming from beer and endorphins.

“Hmmm,” he replied, genuinely puzzled by my last statement. “You don’t really have the body of someone who does triathlons.”

What is it about women being physically strong that invites us to comment on their bodies?

Why is it that female athletes suffer some of the most blatant sexism and yet so many of us participate in it?

Because something about women being active and powerful scares us.

Let’s bring them back to where they belong, and focus on how they look- good or bad. Let’s objectify them to the point that we don’t even think for a second about criticizing them for those looks. As long as we talk about their appearance, we don’t have to accept that women, of all shapes/sizes/and fitness abilities, are an incredible force that intimidate the insecure.

Let’s provide these smacks until they stop doing the thing that makes us uncomfortable-showing strength in ways that are traditionally not feminine.

It is impossible to talk about women’s fitness and not talk about this huge problem. Nobody was interrupting me when I was watching House of Cards to tell me they disapproved of how my body looks. Kevin Spacey doesn’t care one bit if I have a “muffin top” or have gained 20 lbs. I was safe from this type of confrontation for the first time in my teenage and adult life.

Inactivity, and the ability to hide, felt like a refuge that could have lured me into a very sedentary lifestyle.

But, I won’t stop. As long as this knee will let me I will continue to use my body to be strong. Even if it won’t let me, I’ll still find a way. If not for my health, then for the future of my daughters who I hope will not have to deal with this type of scrutiny some day. Which is why I will also continue to point it out, every time that I see it happen. I hope you will do the same.

And if someone wants to comment on how I look along the way, I won’t give them that chance. They can’t have my body to claim as their own – but, if they want I could loan them my brain for a few minutes so they could reconsider what they are about to do.